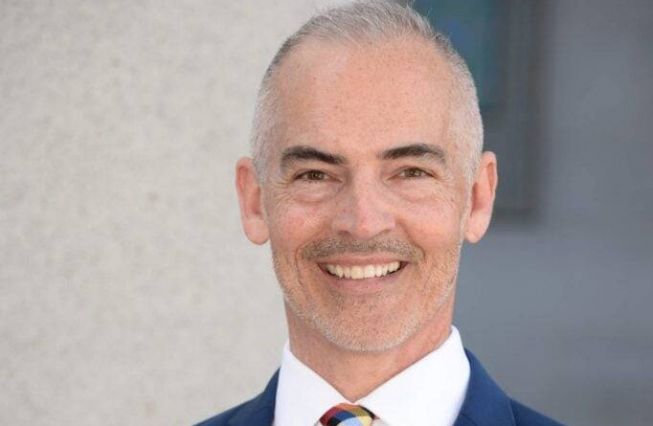 
GLENDALE - On June 2, Consul General of Armenia in Los Angeles Ambassador Armen Baibourtian had a virtual meeting with Los Angeles City Councilmember Mitch O'Farrell. Ambassador Baibourtian expressed his gratitude to Mitch O'Farrell for his continuous pro-Armenian stance and activities as well as his consistent efforts of enhancing cooperation with the Armenian community in capacity of the 13th district representative. The mentioned district includes the Little Armenia neighborhood. Armen Baibourtian also thanked Councilmember O’Farrell for his support of the resolutions adopted by the Los Angeles City Council regarding Artsakh and Armenia during the 44-day war and in the post-war period.
The interlocutors discussed the prospects for the development of the Los Angeles-Yerevan Sister Cities program and the expansion of cooperation within its framework, including programs in the spheres of business promotion, science, education, technology, and culture. One of them relates to the Atanyan father and son designed “Darpas and Karas" Little Armenia gateway monument in Hollywood, which is scheduled to be unveiled in the fall. Armen Baibourtian and Mitch O'Farrell agreed to make these working discussions on a regular periodic basis.
Mitch O'Farrell, a member of the U.S. Democratic Party, was elected to the Los Angeles City Council in 2013. He represents the LA City Council 13th electoral district, which includes the heavily Armenian-populated Little Armenia neighborhood of Los Angeles. Upon his suggestion and proposal, in 2015, one of the crossroads of Little Armenia was named the Armenian Genocide Memorial Square.
share:
MFA RA
official website
Dual citizenship
Electronic visa
Visa applications