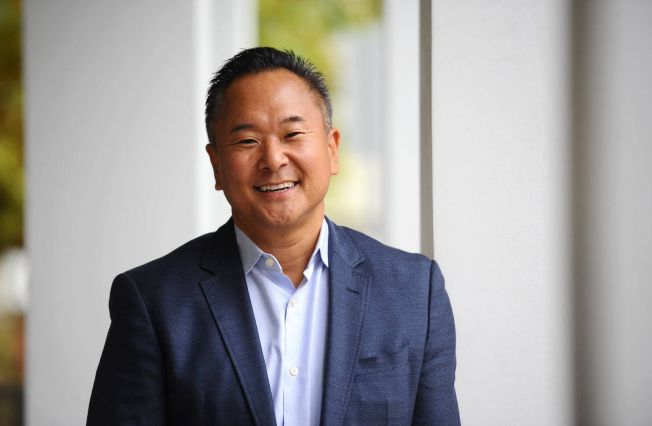 
GLENDALE - On June 3, Consul General of Armenia in Los Angeles Ambassador Armen Baibourtian held a virtual meeting with Los Angeles City Councilmember John Lee. Ambassador Baibourtian expressed his deep delight for Councilmember Lee's efforts in promoting close cooperation with the Armenian community. The Consul General stated that the Councilmember is recognized for supporting agenda items at the LA City Council that are of importance for the Armenians. This is evidenced by John Lee's support for the adoption of the resolutions on Armenia and Azerbaijan in the Los Angeles City Council during the 44-day war against Artsakh and during the post-war period. Councilmember John Lee, in his turn, talked about strong bonds with the Armenian community as part of his constituency. During the meeting, the interlocutors discussed the possibilities and prospects of cooperation in the Los Angeles-Yerevan Sister Cities context.
John Lee was elected to the Los Angeles City Council in 2019. He represents the 12th electoral district, which includes Armenian-populated cities such as Northridge, Granada Hills, Porter Ranch, Chatsworth, etc. On the City Council, his priorities include public safety, economic development, innovation and reducing red tape.
share:
MFA RA
official website
Dual citizenship
Electronic visa
Visa applications