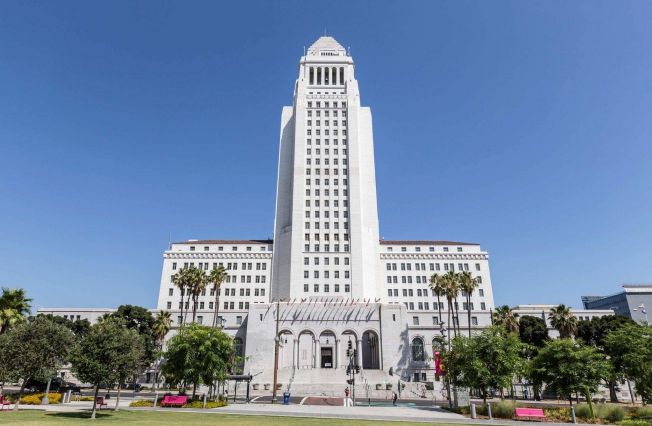 
LOS ANGELES – Presented by Councilmember Paul Krekorian and seconded by Councilmember Mitch O'Farrell, the Los Angeles City Council unanimously adopted a resolution reaffirming the support of the City of Los Angeles towards the people of the Republic of Artsakh. The resolution was adopted on February 2, 2021 and came into force in a month after its adoption, as stipulated by the procedure. The resolution notes that “the City of Los Angeles has a long record of standing in support and friendship with the people of the Republic of Artsakh (formerly known as Nagorno-Karabagh), who are ethnically and culturally Armenian and indigenous to the region, and who courageously declared their independence from the Soviet Union and the Soviet Republic of Azerbaijan over thirty years ago and have enjoyed democratic self-governance ever since. The historic struggle of the people of Artsakh, including the 1991-94 war, is similar to the struggle of all peoples who created a democratic state/nation, that adhere to the values of liberty and self-determination through free and fair elections, including the United States of America."
The resolution refers to an earlier document officially adopted by the Los Angeles City Council in September 2013, according to which the Republic of Artsakh was recognized as a free, independent and sovereign state. It also refers to the resolution adopted in December 2020, where “the Los Angeles City Council reaffirmed the City's commitment to uplifting and supporting the struggle of the Republic of Artsakh and its people for self-determination, and called upon the United States federal government to do likewise.”
"On September 27, 2020, Azerbaijan's military forces launched a much more massive unprovoked attack against the Republic of Artsakh, coordinated with and supported by Turkey, utterly shredding the 30-year ceasefire and resuming full scale warfare targeted at destroying and ethnically cleansing the indigenous Armenian population and conquering by force the territory of the independent Republic of Artsakh," stated the resolution. It also confirms that “throughout its unprovoked invasion, Azerbaijan intentionally targeted civilian areas throughout Artsakh with lethal attacks using heavy weaponry including drones, rockets and heavy artillery, leading to widespread and indiscriminate death and destruction and the displacement of much of the population of Artsakh.” “Azerbaijan's military and the terrorist mercenaries it hired have committed horrendous war crimes and atrocities, including the murder, torture, and dismemberment of civilians and prisoners of war, the desecration of places of worship and sacred and historic sites, and the wanton destruction of civilian infrastructure,” noted by the Los Angeles City Councilmembers.
The resolution also affirms that “throughout the brutal invasion, Azerbaijan terrorized civilians by targeting them with munitions that are widely banned and condemned by the international community, including cluster bombs and white phosphorus.” The resolution further states that “major combat operations ended on November 9, 2020, although Azerbaijan's forces have continued to engage in violence, aggression and cruelty even after that date.”
“Therefore, be it resolved that by the adoption of this resolution the City of Los Angeles honors and mourns the thousands of lives lost in this attack, and declares November 9, 2020 a day of remembrance and commemoration of the victims of Azerbaijan's aggression against the Republic of Artsakh,” states the resolution in its conclusion.
Simultaneously, the Los Angeles City Council adopted another resolution that relates to the city of Shushi. As it is known, on April 24, 2012, the City Council of Los Angeles recognized the city of Shushi, under the governance of the Republic of Artsakh, as a "Friendship City" of the City of Los Angeles. In the new resolution it is mentioned that “the city of Shushi has been the cultural heart of Artsakh for centuries, and holds extraordinary significance to Armenians throughout the world.”
As a result of the Azerbaijani launched large-scale military attack on the Republic of Artsakh on September 27 without warning or provocation, thousands of deaths and the destruction of centuries-old historic and cultural assets occurred. “Having been abandoned by the international community, and facing an existential threat to Artsakh and the very real potential for another genocide of the Armenian people, Armenia signed a cease-fire statement brokered by Russia that allows Azerbaijan to control much of Artsakh, specifically including the city of Shushi,” says the resolution. Therefore, “the City of Los Angeles does hereby temporarily suspend its "Friendship City" relationship with Shushi for as long as it is illegally controlled by Azerbaijan, and will renew that status when Shushi is again free of Azeri conquest and oppression and restored to democratic governance as part of the Republic of Artsakh.”
Lastly, “the City Council of Los Angeles extends its warm greetings, support and best wishes for safety and security to Shushi's Mayor Artsvik Sargsyan and the entire democratically elected leadership of Shushi, and the City Council further looks forward to the day that Shushi is once again liberated from Azeri occupation.”
share:
MFA RA
official website
Dual citizenship
Electronic visa
Visa applications